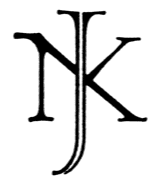 Book Two of Leon Battista Alberti’s hugely influential treatise Della Pittura et della Statua (1435-1436) begins by drawing a striking analogy between painting and friendship: ‘Painting has in itself a truly divine power, not only because, as is said of friendship, it lets the absent be present, but moreover because it causes the dead after many centuries to be almost alive, such that it is recognized with much admiration for the maker, and with much pleasure.’

This description of painting engages in complex ways with the familiar, rhetorical definition of the work of art as invention. Although it honors the role of the artist, it also emphasizes the agency and immediacy of the work itself which, like the power of friendship, can invoke presence in the place of absence. Presence – or the perception of presence – is most apparent in portraiture, but it is also crucial to the religious icon and in a broader sense to knowledge-bearing images that depend for their efficacy on repression of mediation and artifice.

In Cicero’s De Amicitia, a dialogue dedicated to a recently deceased friend, the grieving Laelius declares that, ‘For he who looks at a true friend, sees, as it were, an image [exemplar] of himself.’  The analogy between painting and friendship is thus telling in part because it suggests that the power of both was believed to be founded on resemblance – on forms of likeness and attraction related to memory and desire.

Remarkably, Cicero considered that the force of friendship, and thus by implication resemblance, held all things together: ‘But if you should take the bond of goodwill out of the universe, no house or city could stand, nor would even the tillage of the fields abide.’ Much later, we might think of Michel Foucault’s ‘Renaissance episteme’ in which, he claimed, resemblance played a constitutive role in the production of knowledge and the semantic web of similitude included amicitia.

If resemblance was understood as the visual expression of amicitia, issues of friendship in their broadest sense are especially pertinent to the historical interpretation of the mirror-like realism that scholars have traditionally identified with Netherlandish art. By contrast, in 1678 the art theoretician Samuel Van Hoogstraten compared the experience of perceiving a friend in the distance or encountering them in the dark to the way experts were often impressed by seeing or grasping the forms in rough sketches ‘as if with the mind [verstant]’.

The language of friendship pervades the dedication of Van Mander’s Schilder-boeck (1604) and professional friendships between artists and artisans seem particularly characteristic of the Netherlands far into the seventeenth century. One might think of informal collaborations such as that between Rubens and Jan Brueghel, the bonds between the Bentveughels in Rome, or the ‘Confrerie Pictura’ established in 1656 in The Hague. As Luuc Kooijmans and Erna Kok have explored, relationships and networks of mutual service were different from both clientage within a social hierarchy and from a conception of friendship as based purely on affection, set apart from dynastic, material and commercial concerns.

The seventieth anniversary edition of the Nederlands Kunsthistorisch Jaarboek is dedicated to the theme of friendship in the art and visual and material culture of the Low Countries and their diaspora in any historical period.

Subjects can include but are not limited to:

The NKJ is dedicated to a particular theme each year and promotes innovative scholarship and articles that employ a diversity of approaches to the study of Netherlandish art in its wider context. For more information, see http://www.brill.com/publications/netherlands-yearbook-history-art-nederlands-kunsthistorisch-jaarboek.

Contributions to the NKJ (in Dutch, English, German or French) are limited to a maximum of 7,500 words, excluding notes and bibliography. Following a peer review process and receipt of the complete text, the editorial board will make final decisions on the acceptance of papers.

Please send a 500-word proposal and short CV by January 31st to: