The exhibition takes you back to fifteenth-century Bruges, a cosmopolitan, dynamic city, famous for its book production. In the middle of this book world stands the figure of Colard Mansion, producer of luxury books. Initially, Mansion was the man of beautiful manuscripts, but he quickly switched over to the brand-new medium of the printed book. Mansion created the most magnificent incunabula of his time, in an unprecedented typography and very specially illustrated. He primarily printed French texts that had never been published before.

This unprecedented beauty of Mansion’s printed oeuvre is a main focus of the exhibition. Incunabula from the Public Library of Bruges and the Bibliothèque nationale de France are supplemented by volumes from libraries all over the world. Never before has such a large number of Mansion’s incunabula been assembled in a single exhibition. The exhibition offers insight into Mansion’s dazzling works – but the man behind it all doesn’t betray his secrets. For example, there are many unanswered questions about his collaboration with William Caxton, the first English printer. And what happened to Colard Mansion himself after 1484 also remains shrouded in mystery: he disappeared from Bruges just as suddenly as he had appeared there. No one knows where he came from, no one knows where he fled to. Can his books solve this puzzle? 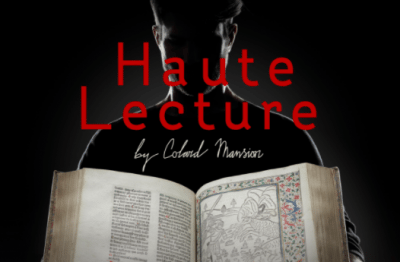