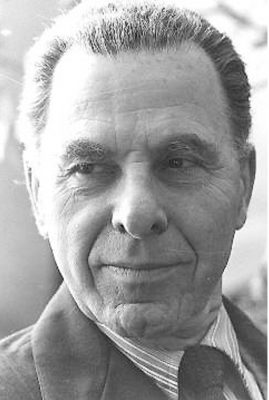 Julius S. Held, born April 15, 1905 in Mosbach, Germany, passed away in Bennington, Vermont, on December 22, 2002. Best known for his sensitive essays on Rembrandt (collected 1969 and revised 1991, Princeton University Press) and the definitive study of Rubens’s oil sketches (Princeton University Press 1980), he also wrote authoritatively on Dürer, Van Dyck, Jordaens, and other artists. A selection of his articles was edited by A.W. Lowenthal, D. Rosand, and J. Walsh, Jr., Rubens and His Circle (Princeton University Press, 1982; with a bibliography to that year). He studied at Heidelberg, Berlin, Vienna and Freiburg, where he earned the PhD summa cum laude (1930, renewed 1980) for his dissertation on Dürer in the Netherlands.

Julius’s interests were wide ranging, and from 1958, he helped form the painting collection of the Museo de Arte, Ponce, Puerto Rico. Among the many national and international honors he received are these: Mitchell Prize of 2000, for lifetime achievement; Fellow, American Academy of Arts and Sciences, 1994; two Annual Lectures in his honor at the Graduate Program, Williams College-Clark Art Institute; scholarships in his name at Barnard College and Columbia University; Pfalzgraf Otto Plakette, Mosbach, Germany, 1990; Award for Outstanding Achievement,Art Dealers Association of America, 1980; Honorary Director, College Art Association, 1975; Officier de L’Ordre de la Couronne, appointed by King Baudouin, Belgium, 1974. Beside these illustrious distinctions, his honorary membership in HNA might pale somewhat, but it was one close to his heart.

In 1997, a lecture hall at Barnard College was dedicated to him. A large portion of his drawing collection is at the National Gallery of Art, Washington, and his rare books are at the Clark Art Institute. His professional papers are at the Getty Research Institute, Los Angeles, and his family papers are on deposit at the Leo Baeck Institute, New York. His wife, Ingrid-Märta Pettersson(d. 1986), was a painting conservator and worked at the New-York Historical Society.

Julius Held’s career began at the Staatliche Museen, Berlin,1931-33, and, when forced to leave Germany, he emigrated to the United States in 1934. From 1937 to 1970, he taught at Barnard College and Columbia University, and also held appointments at New York University, Yale University, Bryn Mawr College,Institute for Advanced Study, University of Pittsburgh, and Williams College. In 1988, Julius returned to Mosbach, for the ceremony installing a plaque commemorating the Jewish citizens of the town, on the site of the synagogue which had been destroyed on Kristallnacht 1938. In 1994, he gave a lecture “The Holocaust from a Distance,” which detailed his experiences of the 1930s and1940s.Dedicated to his students and the discipline of teaching, Julius was a powerful guide in the seminar room. From sometimes dull slides (occasionally in black-and-white), he elicited revelatory insights into the expressiveness of pen and brush by Rubens or Rembrandt. His dry humor and kindness won him affection from students and colleagues. He integrated the study of original artworks with their making and meaning, and occasionally, with his own collections. From his library of books with Rubens’s title-pages, he directed students in putting on an exhibition and writing a catalogue (Williamstown 1977). His advice to his students as novice collectors was astute: acquire what pleases you, but bear in mind that drawings by major artists of gruesome martyrdoms might be more affordable than scenes more agreeable to contemplate.

In his lectures and publications, Held emphasized the humanity of artists and their subjects. Even as he evoked Rubens’s tenderness toward Helene Fourment and her children, he uncovered Lucas Vorsterman’s murderous impulse toward the artist. In discussing the drawings, etchings and paintings of Rembrandt, he interpreted sight, speech, and touch as foremost themes; thus, he clarified the meaning of Rembrandt’s images of Tobit, Jacob Blessing Joseph’s Sons, Aristotle, and many other works. Held’s essay of 1950, “Rembrandt: Truth and Legend,” neatly examined the fluctuating reputation of the artist. Reprinted 1991, it has striking relevance for current reception studies.As professor, friend,and author, he had an inspiring and long reach. On an August evening a few years ago, Julius took the last cookie on the plate,extracted the small paper insert and read: “You are a lover ofwords, someday you will write a book.” Having little faith in fortune’s capriciousness, Julius nonetheless appreciated the understated accuracy of this message.

Of all the Netherlandish artists who benefited from Julius Held’s attention, Rubens is the one who was most, and most diversely, illuminated – in studies which marvelously capture the artist’s habits of thinking while elucidating his ways of working.Yet by his own admission Held’s love for Rubens was not spontaneous and natural; in his youth he evidently shared a prejudice of the age against the artist’s grandiloquent and propagandistic subject-matter, as well as his habits of studio organization and delegation. Initially it was the Dutch masters who attracted him, and, by extension, among the Flemings Jacob Jordaens, with his cheerful “earthiness”. Rubens he came to respect through a process of familiarization which brought a gradual appreciation of the artist’s achievement; in particular, Held admired the way in which (unlike Jordaens, whom he judged rather harshly in this respect) Rubens never ceased to advance and to develop, retaining an enthusiastic engagement with the process of painting right up to the end of his life. It is significant then that in his two great books on the artist, Rubens. Selected Drawings and then The Oil Sketches of Peter Paul Rubens Held should have chosen to present Rubens through the evidence of his working methods, through the drawings and preliminary oil sketches which came straight from the master’s hand.

From his earliest experiences as an art historian, working with Max Friedländer in Berlin, Held’s inquiries centered on individual works of art and depended on contact with them; general questions and hypotheses were inspired by specific cases. These might lead him into areas he would never otherwise have ventured to write on:psychology and mental instability, for example, when the discovery of an angry outburst against Rubens inscribed by the engraver Lucas Vorsterman on a sketch in The Hermitage suddenly shed light on a mysterious story of an attempt on Rubens’s life. When circumstances exiled Held from the riches of the European museums he had known, he set himself to make the most of the material that was available around him. This resulted, for Rubens,in the important catalogue of works by him in public and private collections in America which appeared in 1947 (as Rubens in America) with an introductory apologia by J.-A. Goris – a text which shows the extent to which Rubens was perceived as problematic at the time, especially in an American context; here Goris points out too that Held has already done much to promote understanding of the artist and his work.

Rubens in America was also a kind of belated tribute to the artist on the tercentenary of his death. In 1940, the planned Rubens commemoration in Antwerp had been taken over by the occupying force – manipulated to Germanic “cultural” purposes and a racist ideology. That same year saw the publication of Held’s first article on Rubens. Held had become fascinated by a painting of a black prince that had appeared on the market in the late 1930s and been bought by Boston Museum, and which, to his surprise, turned out to be based not on a study from life but on a portrait by Jan Vermeyen. It is not hard to see Held’s investigation and celebration of the artist’s interest in portraying an African as, in part, a nicely pointed riposte.