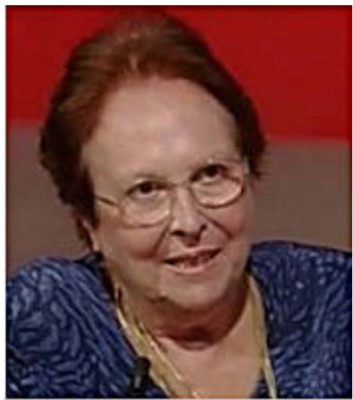 Nicole Dacos died on 29 May 2014 in Rome after a distinguished career as the leading authority on the artistic relations between Italy, Spain and the Low Countries in the long sixteenth century. Born in 1938 in Brussels and educated at the Université libre de Bruxelles, Dacos studied philology and archeology before turning to the history of art. Deep knowledge of classical civilization remained a distinguishing feature of her work, starting with her doctoral thesis, under the direction of Georges Bazin, on the discovery of the Domus Aurea and the diffusion of the grotesque in the Renaissance (edited by Ernst Gombrich and published by the Warburg Institute in 1969).

Most of Dacos’s publications, from her fundamental Peintres belges à Rome (1964) to Roma Quanta Fuit (1995) focus on the ways in which artists throughout Europe responded to Rome’s gravitational pull. With the rise of art history as an academic discipline, scholars, chiefly writing in Dutch and German, devoted themselves to studying the attraction of Rome for Netherlandish artists. Expanding on their work, especially that of Hoogewerff, Dacos brought the phenomenon of “Fiamminghi a Roma” to the forefront of the field, beginning with publications in the 1960s, continuing through her landmark 1991 exhibition of that title, and extending to her latest contribution, Voyage à Rome, published in French and Italian last year.

In monographs and numerous articles, Dacos not only focused on the work of well-known masters, but also uncovered the names and oeuvres of hitherto unknown or misunderstood figures. Rooted in philology and phenomenology, her approach concentrated on style and technique as chief characteristics of Rome’s abiding appeal, drawing on Dvorák’s atemporal view of the phenomenon of “Romanism.” Although Dacos invoked the concept “Romanism,” she qualified the scope of the term, tracing its origins to literary rather than artistic discourse, and warned against its potential to blind scholars to other centers of artistic activity and occlude the diversity of a fruitful and at times competitive artistic and cultural dialogue.

Dacos’s larger conclusions have largely stood the test of time even as the field has evolved to encompass new concerns. Dacos plotted the multifaceted attraction of Rome for Renaissance artists on an arc. She saw the quest for a “langage commun,” based on the art of antiquity and the early work of Raphael and Michelangelo as a distinctive feature of the first decades of the century. Mobility of objects is arguably inseparable from the mobility of artists according to this view. Painters were frequently introduced to the rudiments of this Renaissance canon before traveling, whether through the ever-growing impact of prints, the transformative power of Raphael’s Acts of the Apostles cartoons, or through an encounter with local antiquities and antiquarianism. For Dacos, however, those mediated experiences stood apart from the irreplaceable physical encounter with the urbs, an artistic and spiritual pilgrimage.

To explain the process of assimilating an Italian approach to art, Dacos used a range of metaphors including the notion of a graft (greffe), in which the Roman experience fundamentally changes an artist’s practice even while his native identity remains, still detectable in his “accent.” Stranieri, Dacos argued, might succeed in emulating their Italian peers, often working under Italian masters on large fresco cycles decorating important spaces such as the Sala dei Cento Giorni. But their art would always be “hybrid.” That basic premise justifies Dacos’s extensive and helpful attempt to recover the work of non-Italian artists in such monuments as the Vatican Loggia (ca. 1518), a subject she studied in her monumental Le logge di Raffaello: maestro e bottega di fronte all’antico (1977, rev. ed. 1986, and rev. 2008, as A Vatican Art Treasure).

As Dacos highlighted in her later publications, the subsequent decades of the sixteenth century witnessed a pervasive destabilization of Roman authority in the wake of the Reformation and the Sack of Rome. She identified new factors motivating and affecting artists’ travels at this time, in which she believed localized court or humanist cultures played an ever more pronounced role in defining the encounter with Rome. That is to say, now that the common language had, to a degree, been obtained and by some forcibly rejected, artists were free to move beyond it. Diversified responses to Roman art went hand in hand with new sensitivities to other centers, especially Venice but also France, which came to dominate the interests of Northern artists who were increasingly shaped by the diversity of their own localized visual cultures.

Dacos’s 2012 book Voyage à Rome expands this examination with a new framework for understanding the attraction to Rome as a global phenomenon by focusing on exchange with artists from Spain and even New Spain. In this study, sadly her last, Dacos leaves a new generation of scholars the task of picking up her prescient lines of inquiry as the call to globalism in art history intensifies.

Rome exerted its force over Dacos as well. She moved there to complete her studies while working at the Academia Belgica for Charles Verlinden. She never truly left, dividing her time between Italy and her native Belgium, where she inspired generations of students as professor at her own alma mater, the Université libre de Bruxelles. Dacos held fellowships from CASVA and the Getty and received an honorary doctorate from the Universidad de Valladolid (2012). Ultimately, though, Rome was Dacos’s home. Her apartment there, on the banks of the Tiber, became a locus for scholars passing through, and she was a generous and good-humored host. Her husband, the Italian legal scholar Giuliano Crifò, longtime professor at la Sapienza, Rome, died in 2011. They are survived by two daughters, one a scholar of law and the other an art historian.