As a result of the need for space to house different internal museum services, in 2004 the galleries on the second floor were taken out of the Permanent Collection route and used as temporary storage space for works of art, offices and the restoration of supports studio. Following the opening of the Jerónimos Cloister extension and the remodelling of the Museum’s restoration studio those departments moved to their new and permanent locations, freeing up the previous gallery spaces. As soon as it became possible the Museum thus scheduled the restoration of these rooms as gallery space, remodelling them and improving their fittings.

The seven new galleries of 17th-century Flemish painting complete the installation in the Museum of one of the finest collections of 15th– to 17th-century Flemish painting in existence, largely based on Spanish royal collecting. Together with Italy, Flanders (modern-day Belgium) was the principal centre for the production of painting in Europe at that period. The new galleries include key works by Rubens, Jan Breughel, Clara Peeters and David Teniers, among other artists. Room 76, which is devoted to Dutch painting, now displays Rembrandt’s Judith at the Banquet of Holofernes and important works by representative artists of that school including Salomon de Bray and Gabriel Metsu. 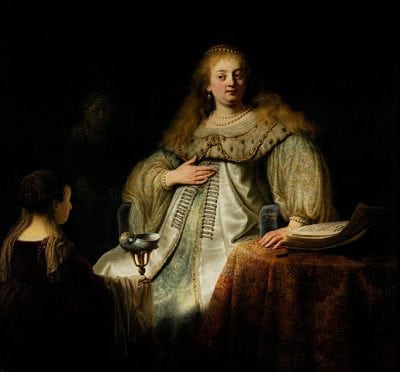