On 11 June 2018, Dr. Sam Segal passed away at his home in Norwich (Norfolk). Segal was an academic biologist and art historian, who specialized in flower still-lifes.

Sam Segal majored in Biology and Philosophy at the University of Amsterdam in 1969. His first publication on flower paintings and drawings was an exhibition catalogue in Amsterdam 1970 entitled Boeket in Willet. Segal published over 110 publications on art, including the 1983 exhibition catalogue A Fruitful Past, which was awarded the Buchelius Prize, and catalogues on Gerard and Cornelis van Spaendonck, Jan Davidsz de Heem and his circle, and Jan van Huysum and his circle. He gave about 70 lectures and courses in many countries, including the United States and Japan. His most recent publication Dutch and Flemish Flower still-life until the 19th century was scheduled to be published by Brill in 2018.

In 2009 Segal donated his photographic archive, which documents some 90,000 paintings and drawings, as well as a large part of his library to the RKD – Netherlands Institute for Art History. He presented three seventeenth- and eighteenth century paintings to the Amsterdam Museum and a number of drawings and engravings from the sixteenth century onwards to the print room of the Rijksmuseum in Amsterdam, and series of rare prints to the Royal Library of Belgium in Brussels. 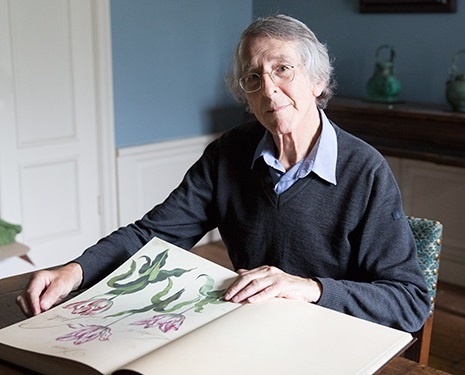